A vaginal hysterectomy is a medical procedure involving the removal of the womb via the vagina. There are many reasons why the womb, also known as the uterus, may need to be removed. These include uterine cancer, excessively heavy menstrual bleeding, and endometriosis.

Endometriosis is a condition in which the cells that normally make up the womb lining begin to grow outside the uterus, often on the ovaries, causing pelvic pain that is especially bad during menstruation. Women who suffer with heavy or painful periods, for whom other treatments have been unsuccessful, may find that vaginal hysterectomy is the most effective solution for their ailments.

A woman who has had a hysterectomy will no longer have periods or be able to become pregnant.

Hysterectomy has traditionally been carried out through a cut in the abdomen. However, this leads to scarring and carries an increased risk of damage to other organs during the surgery. Vaginal hysterectomy, which is the removal of the uterus via the natural opening of the vagina, is a much less invasive procedure that leaves no visible scars. The procedure lasts for only an hour and requires a hospital stay of only one or two days.

Most women are able to drive and return to work within two to four weeks of the surgery.

Many women who have received vaginal surgical mesh implants have suffered painful and debilitating complications, including vaginal mesh erosion. Studies show that surgical mesh is less effective and more dangerous than traditional methods of treatment for pelvic organ prolapse.

Surgical mesh is a screen that is implanted to reinforce soft tissue where it has become weak. It was originally used to repair abdominal hernias. In the 1990s, gynecologists started using surgical mesh for surgical treatment of stress urinary incontinence (SUI) and for transvaginal repair of pelvic organ prolapse (POP).

In 1996, the Food and Drug Administration (FDA) cleared the first surgical mesh product uniquely designed for use in SUI; the approval for surgical mesh specifically made for use in POP came in 2002. In following years, “kits” were created, containing the surgical mesh as well as tools that were used in the delivery and insertion of the mesh. 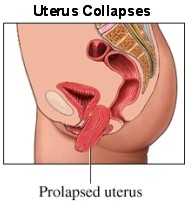 Pelvic Organ Prolapse is a disorder characterized by a woman’s pelvic floor muscles losing strength, which allows the pelvic organs to descend from their normal position and bulge through the vaginal wall.

The traditional method of stitching the weakened tissues back together, called colporrhaphy, is shown to be equally effective at treating POP as the transvaginal mesh. However surgical mesh implants are linked to more dangerous side effects than colporrhaphy.

Vaginal mesh complications are difficult to prevent, have a negative affect on quality of life and often require surgical intervention to correct, according to the European Journal of Obstetrics & Gynecology. Erosion, defined by the FDA as when the mesh becomes exposed or protrudes out of the vaginal tissue, is a serious complication that has been linked to transvaginal mesh.

The FDA recommends that women who receive a surgical mesh implant routinely check in with their doctor and immediately contact their doctor if any complications develop, including:

More than 1,400 women who have experienced vaginal mesh erosion have filed lawsuits against mesh manufacturers for the painful, serious and sometimes-permanent damage caused by the erosion. Erosion can cause vaginal scarring leading to discomfort and pain, especially during sexual intercourse.

Some women are unable to engage in sexual intercourse and many lawsuits include their husbands, who have lost that physical intimacy with their wives due to transvaginal mesh complications. Surgery to remove the mesh may be required, but even this does not always alleviate the disabling damage.

In addition to physical suffering, women who have suffered complications of transvaginal mesh, especially erosion, carry an emotional burden too. The subject matter of the complications is sensitive and private, and often these women suffer in silence. Emotional damage also occurs when a woman loses the ability to be intimate with her partner.

Although vaginal hysterectomy carries a much lower risk than abdominal hysterectomy, there are still risks attached to this procedure. It is normal to experience bruising and discomfort in the vaginal area following the procedure. These should disappear as the wound heals. In the meantime, over the counter medications such as ibuprofen can be taken to relieve the pain.

However, there is also the risk of long-term complications such as vaginal prolapse, which will require further surgery to treat. Pelvic floor exercises may help to reduce the risk of prolapse following a vaginal hysterectomy. In addition, all surgery carries a risk of infection.

In rare cases, there may be damage to other organs in the pelvic area, such as the bladder or bowel, which can lead to incontinence or frequent urination. If the ovaries were removed at the same time as the uterus, which is necessary in the treatment of some conditions, the body will go into menopause, which for many women causes symptoms such as hot flushes and vaginal dryness.

Even if the ovaries are left in place, they may fail due to reduced blood supply, resulting in early menopause. Menopausal symptoms can be controlled by hormone replacement therapy (HRT). In all cases, removal of the womb results in infertility.

If you would like more information about this procedure, please fill out the form so that we can help you.

Pelvic mesh implant lawsuits are normally the legal convictions placed against the companies which manufacture substandard pelvic mesh implants. Unlike how they were formerly perceived, some pelvic meshes are now causing discomfort, excruciating and various other side effects. These side effects are what necessitate the lawsuits.

If you are suffering as a result of a faulty pelvic mesh, this article is a platform where you can access assistance and guidance from a pelvic mesh attorney. If your case is legible, you are sure of receiving the kind of settlement you deserve.

However, suing a company which has been proven to be manufacturing faulty pelvic meshes is not as easy as you may perceive. The task will require you to apply legal facts in pre-determining the victory of your pelvic mesh lawsuit. The first thing a pelvis mesh attorney should do is go through the case with their client and review the implant documentation. This will help you build a strong case.

The complications can also cause other ailments in the body. A well-structured lawsuit will enable you receive settlement that will go towards treating the ailments caused by the implant’s side effects. Although a lot of people tend to shy away from the legal tussle with pelvic mesh manufacturers, it is everybody’s right to seek legal representation when need arises.

Amongst other tasks and obligations, a pelvic mesh attorney implements the following:

As the client, the lawyer will only require you to provide all medical documents and give consent so that they can proceed to file the lawsuit. FDA, the body that tests the safety of medical equipment, medicine and implants, in 2008 alerted the public regarding the dangers posed by mesh implants. Since they issued a recall on various manufacturers, they have been advocating for people with complications to come forward and get the necessary medical assistance.

How a Pelvic Mesh Implant Lawsuit Can Help

A well filled and won pelvic mesh implant claim guarantees you improved health through a hefty settlement. Basically, the settlement should cover all expenses that sufficed by the implant. All present problems are also eliminated by using safer forms of treatment. Although you are not certain of improved health, the process is began and followed through till the end without any problems.

A pelvic mesh attorney should be able to review your situation as well as offer you good legal counsel. Your attorney should also ensure that you get the best settlement because pelvic mesh implants have different properties but they have seemingly developed the same problem, harming patients instead of rectifying their condition.